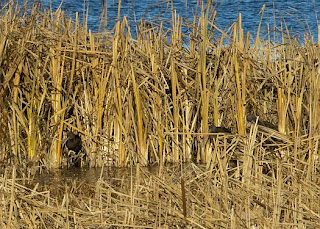 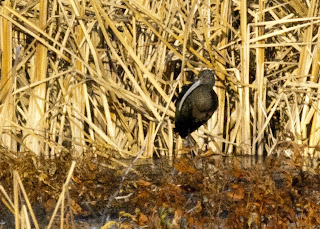 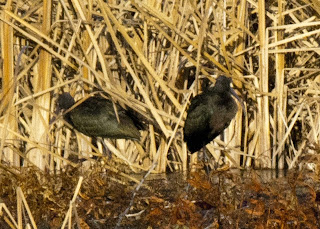 Ibises are rarely seen in Illinois, especially in November. I found a couple last month, was surprised, and assumed they had moved on.  Today, a day starting out quite cold for November (12 degrees, Yikes!) warmed up to 32 by 3:00 in the afternoon, when I took a tour through the visitor complex at TNC's Emiquon Nature Preserve.  As I drove through the turn around, just past the canoe launch, I stopped to watch a small flock of birds flying in. At first I thought they were herons, but they were all turned around and backwards; then I thought of the Black-necked Stilts that nest in the summer, but the bill was too curved, so I realized they were Ibises.  By the time I got my camera out and exited the car, they had landed and began to blend in with the background. Photos are attached.
Jane Ward
www.walkwithmepart2.blogspot.com
Posted by Unknown at 3:31 PM