A Drive Through Emiquon 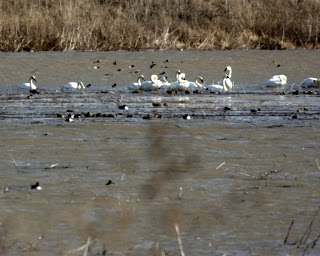 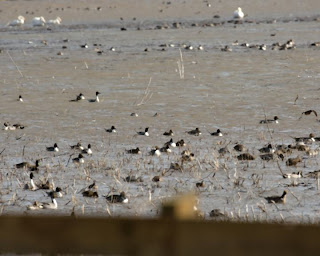 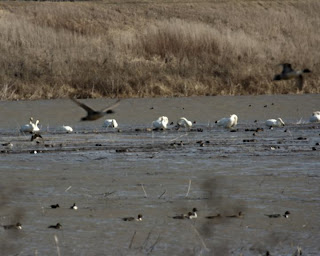 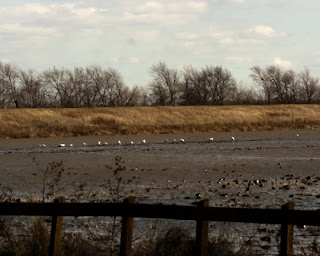 I drove through the valley this afternoon and did not see any snow geese. Several eagles were hanging around the edge of Thompson Lake, as well as a couple of hawks and two Northern Harriers. There were many different species of waterfowl, both diving and dabbling ducks, many Canada geese, a dozen or so American White Pelicans, and a more than a dozen swans, either tundra or trumpeter were grazing in the flooded fields of the Emiquon National Wildlife Refuge.